Solent Saddlery has been in business since 1990, Initially as a sole trader in the South of England, as a "working Saddler" as opposed to just a retailer, specialising in quality made to measure products. Over the next 10 years this small business expanded into areas of historical interest as the proprietor was a keen re-enactor, principally but not exclusively in cavalry matters and for any period of history.

In 2004 the subsidiary, the Cavalry Workshop was born specialising in uniforms, equipment and tack for Infantry, Cavalry and Artillery. We are located in Hedge End, near Southampton, Hampshire, England.

Work has and is carried out for such diverse authorities as English Heritage, Cardiff Castle Museum, The Royal Armouries at Leeds, Fort Nelson Portsmouth and at the Tower of London (For the "Line of Kings" horses display that opened in July 2013), The Queens Royal Lancers Museum, The Honorable Artillery Company, The RMP Museum, The Household Cavalry Museum, The Queens Royal Hussars Museum and David Hayes Studios.

This picture is of one scene set up in the museum.  The uniforms and equipment were made by us. 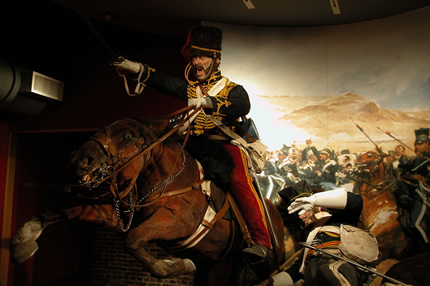 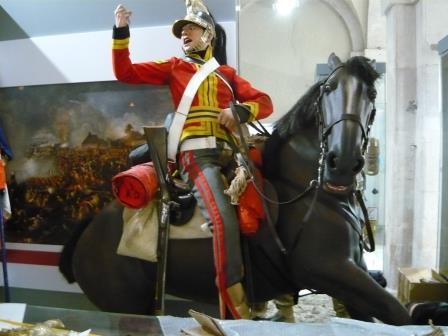 This represents Corporal Styles of 1st Royal Dragoons taking the eagle of the 105th Ligne,  With the exception of the helmet we made the uniform and the horse equipment.

A Museum in the Netherlands

The Picture on the right is of a 1790s Coldstream Guardsman. The uniform is what was worn during the abortive "invasion" of 1799. 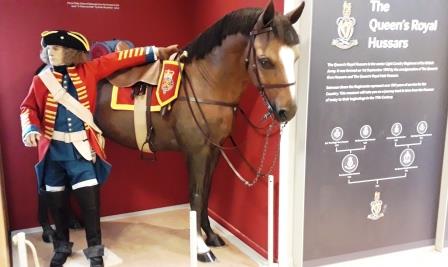 Figure and horse representing private Thomas Brown of 3rd Dragoons at Dettingen.  He saved the standard having broken through the French Melee to retrieve it and brought it back to safety.  Work done in 2020.

In addition uniforms and leatherwork is provided for customers in the Sealed Knot Ltd, The Napoleonic Association Ltd, Destrier, for various film and TV projects, for the anniversary event of the Charge of the Light Brigade in the Crimea, for the Zulu Wars anniversary in South Africa, anniversary events in Portugal, Canada, and Spain, and for Austerlitz and Waterloo. Our products go worldwide, to the USA, France, Belgium, Holland, Germany, Norway, New Zealand, Spain, China and Australia. 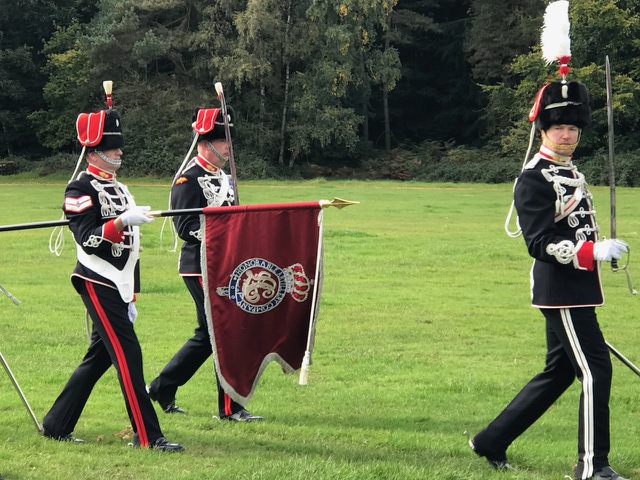 We also do machine embroidery, specifically for Sabretaches and Guidons but can also do Regimental slides and Flashes and embroider Badges and Logos onto shirts and jackets.

We have completed this Guidon for the Honorable Artillery Company, which you can see being paraded for the first time at their 2017 Annual Inspection under the watchful eye of the Lord Lieutenant of London 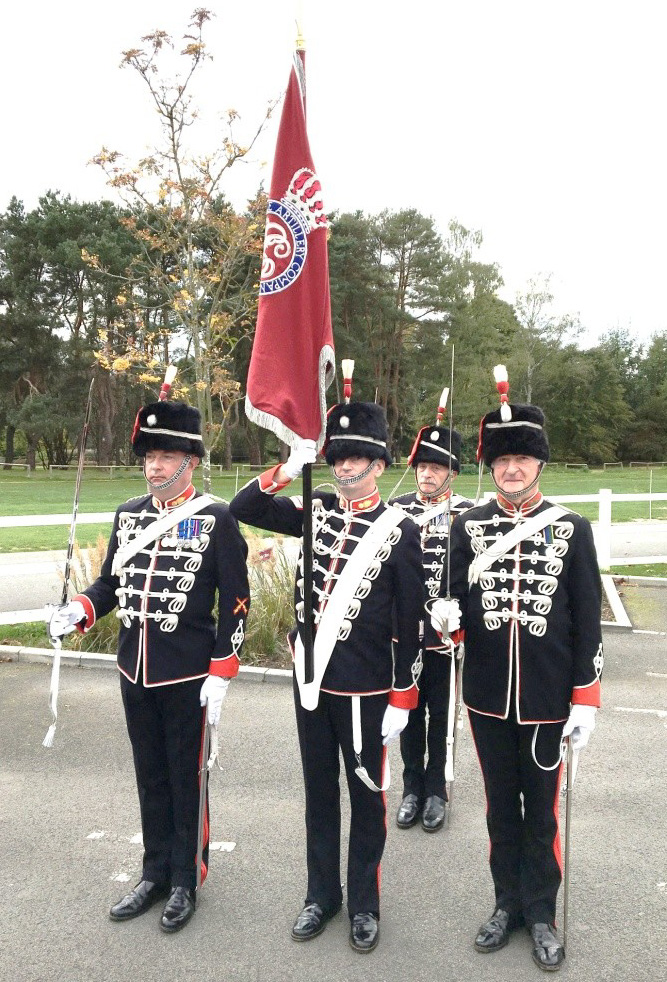